88% of all internet users live in an industrialized country, but they represent only 15% of the world’s population. 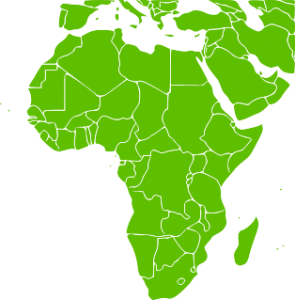 90% of the worldwide households, that do not have access to the internet, live in a developing country. Almost all African countries rank at the bottom of the ICT Development Index, published by ITU, the Intenational Telecommunication Union.

ICT for individual and community empowerment

Having access to information and communication technology (ICT) is not only vital for the economic development of a country and thus for poverty reduction, but also for the democratic development of a society. Climbing the social ladder is not possible without access to ICT, regardless if you live in Berlin or Nairobi. Access to information is the cornerstone for individual and commuity empowerment. Leapfrog is convinced that

That’s why Leapfrog supports access to ICT and IT education in non-connected or poorly connected areas. Our projects targets mainly  marginalised and underpriviledged people.

ICT as a Game Changer

In the past, most of the innovations came from the Western, industrialized countries. When they finally made it to Africa, they were far from being innovative. If you look at the dynamic IT scenes in Nairobi, Buea, Accra, Kigali or Dar-es- Salaam these days,  you may be surprised to see so much creativity, innovation and entrepreneurship.

It thus has been no surprise that the mobile money transfer M-Pesa has been developed in Kenya  and has been become an export hit of Kenya. Or Ushahidi, a digital platform that rapidly collects data from the crowd and visualizes what happened, when and where such as during the violence in Kenya after the election 2007/2008. The iHubs in Nairobi or Kigali unite more than 10.000 web developers, designers and entrepreneurs and a lot of start-up had their birthplace there. If you wish to learn more about IT innovations made in Africa, check the GIZ initiative “Make-IT in Africa.

The more ICT is becoming a „Game Changer“, challenging the unequal distribution of knowledge and thus power between the global South and North, the more it is important that people gain IT knowledge, also in the peripheries.